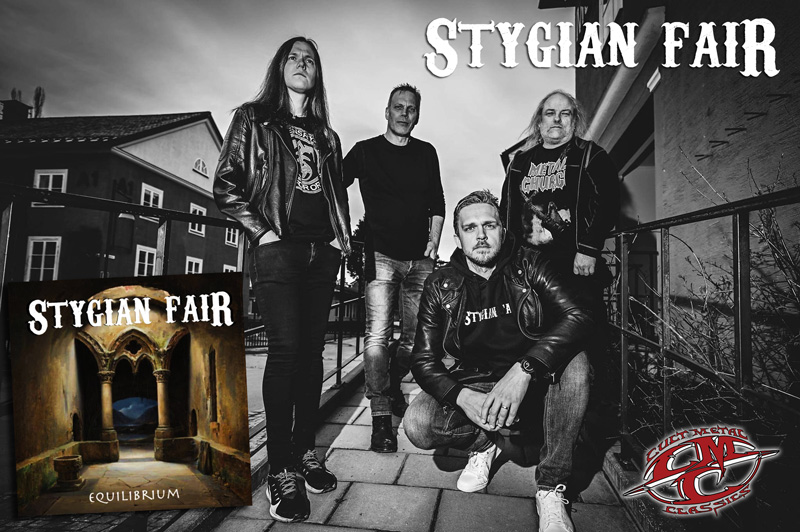 With great pride we are presenting you one of the best newcoming bands out of Sweden, by the name of STYGIAN FAIR.

STYGIAN FAIR started back in 2013 in Umeå, Sweden and from 2017 to 2019 released two self financed full length albums, "Panta Rei" and "Nadir" and the EP "Into the Coven", playing an amazing blend of Swedish heavy metal featuring elements from TAD MOROSE, CONCEPTION, QUEENSRYCHE as well as their own style of melodic heavy metal, with strong guitars, melodic parts and great rhythm passages.

Their latest album "Equilibrium" was released a few months ago and immediately when it was brought to our attention, it was easy to tell that it is one of the best classic heavy metal releases for 2021 featuring a total of 9 songs ranging from mid tempo to faster paced arrangements, with a strong feel for melody and imaginative rhythmic changes. Immediately we came to an agreement with the band in order to release their third album on CD by October 31st, 2021 and there are also plans for a vinyl record release later on.

The band consists of:

The CD will feature the following music songs:

More details will follow soon but expect nothing more and nothing less than our usual blend of deluxe edition with crystal clear sound.

You can check the new album here: 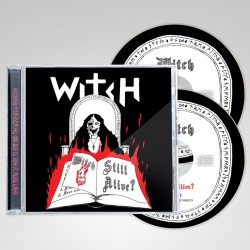 WITCH - Still Alive? SLIPCASE 2CD
From the same area with GOTHAM CITY, these Swedish guys recorded a series of demos that never got to be officially released on vinyl and CD and it was..
16.99€
Add to Cart
Add to Wish List
Buy Now Question

New vinyl coming by CULT DUNGEON CLASSICS.
John Korazev
We use cookies and other similar technologies to improve your browsing experience and the functionality of our site. Privacy Policy.