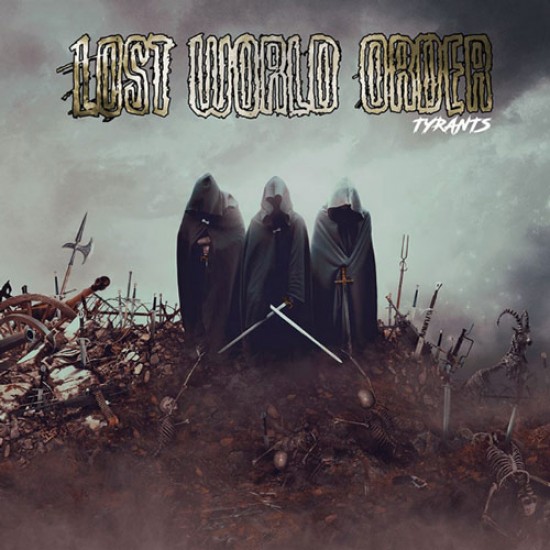 LOST WORLD ORDER - Tyrants CD
With their new album "Tyrants“, LOST WORLD ORDER finalize their endtime-trilogy that was started with "Marauders“ and continued with "Parasites“. The end of the world has come, and LOST WORLD ORDER are the prophets of ruin in a disturbing dystopia.
The band was founded in 2008, gained a wide fanbase with the free download of "Marauders“ and even raised it with "Parasites” with the CD-version released via GoodDamn Records.
Besides the aggressive riffs, which are situated somewhere between classic Bay Area and German Ruhr area, the impulsive drumming and the pumping basslines, there are twin guitar leads with NWOBHM-vibes, modern walls of sound and catchy chorus lines. The vocals set priorities from Thrash-shouting over growls to dark clear singing.
The production of the album is transparent and brutal yet absolutely natural. The band recorded the basics to the album live at the Soundlodge-studio, which is underlined by the energetic performance. Jörg Uken perfectly caught the essence of the band and created a modern, non-artificial sound.
The lyrical concept is definitely ending this time in all consequence. In a dark endtime-scenario the remains of humanity fight each other until there is only one last soldier left who mourns his fate on the battlefield. Before this takes place, the tyrants rise and start their reign of terror, enslave the degenerated humanity and enrich themselves with the remains of a long forgotten civilization. Their only adversary is the mysterious “Lost World Order”, a secret society, which played a big role on the band’s former albums, too. In the end, two armies meet in a final desperate battle.
“Tyrants” is the consequent development of the band’s sound and won’t disappoint anybody who is willing to take a look beyond his own nose.
TRACK LISTING:
1. Vorwärts!
2. Combat Zone
3. Freakshow
4. Tyrant
5. Mutual Hypocrisy
6. A Hell Worth Living In
7. Wall Of Glass
8. Warmonger
9. End All Life
Based on 0 reviews. - Write a review
7.99€
Price in reward points: 800
Ragnarok
Add to Cart
Buy Now Question
Add to Wish List
Quickview 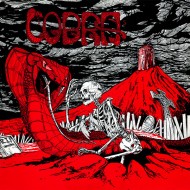 COBRA - Back From The Dead CD
COBRA were formed in the early 80's from the ashes of TALON and managed to gain a cult following posthumously, when collectors and NWOBHM fans started..
14.99€
Add to Cart
Add to Wish List
Buy Now Question
Quickview 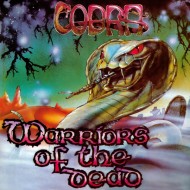 COBRA - Warriors Of The Dead CD
COBRA were formed in the early 80's from the ashes of TALON and managed to gain a cult following posthumously, when collectors and NWOBHM fans started..
21.99€
Add to Cart
Add to Wish List
Buy Now Question
Quickview 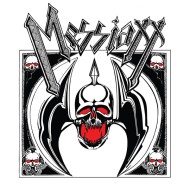 MESSIAXX - Messiaxx CD
MESSIAXX hailed from Florida, USA and started their musical adventure back in 1985 from the ashes of the band NOIZ. They are mostly remembered by die ..
15.99€
Add to Cart
Add to Wish List
Buy Now Question
Quickview 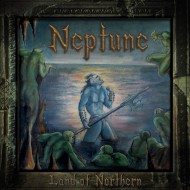 NEPTUNE - Land Of Northern CD
NEPTUNE need no special introduction. Widely considered by most heavy metal gurus as one of the best unsigned Epic Metal bands from Sweden in the 80's..
12.99€
Add to Cart
Add to Wish List
Buy Now Question