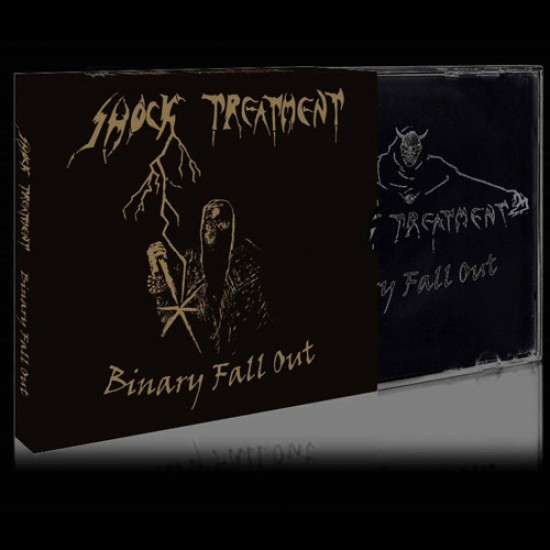 High Roller Records, slipcase, mastered by Patrick W. Engel at Temple of Disharmony. Norfolk's SHOCK TREATMENT made their mark on the New Wave Of British Heavy Metal with just one single, "The Mugger", released at the end of 1980, but constant gigging around their locality ensured that they were well-known despite being having a lifespan of less than two years. The band came together at the end of July 1979, as the NWOBHM was starting to spread its wings across the UK, and after just six rehearsals Mike "Lorry" Carr (vocals), Lloyd "Ev" Evans (lead guitar), Nick Ward (rhythm guitars) Doug Raymond (bass) and Dave Alden (drums) played their debut gig at a renowned bikers' pub in Norwich. Their gigs were a combination of music and melodrama, the band having decided that theatrics and visual flair should accompany their hard, driving sound. By the time they came to record their single Shock Treatment had already recorded one session, although nothing now remains of this tape. A stunning gig supporting Tygers Of Pan Tang gave them the impetus they needed, and in October 1980 "The Mugger" and its B-side "Nuclear Warfare" were committed to tape, along with a third song "Mr Computa" which is also included here. Only 500 copies of the single were pressed up on the band's own Skull Records label, many of which, Lorry thinks, "ended up on juke boxes around East Anglia." Unfortunately, the singer quit in March 1981 and the band fulfilled its obligations with a guest vocalist, finally calling it a day at the end of May. It was all over too quickly for a band of such potential. John Tucker April 2019. 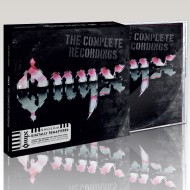 ONYX - The Complete Recordings SLIPCASE CD
This is the long awaited reissue of the legendary 4 track EP of the Swedish band ONYX. Originally released in 1982 as a 7'' inch EP (a rare case of a ..
13.99€
Add to Cart
Add to Wish List
Buy Now Question
Quickview 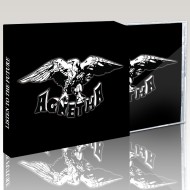 AGNETHA - Listen To The Future SLIPCASE 2CD
One of the best and most sought after German metal rarities of the 70's for the first time officially on CD. Grandiose music reminiscent of Uli Jon Ro..
15.99€
Add to Cart
Add to Wish List
Buy Now Question
Quickview 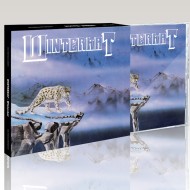 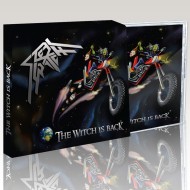 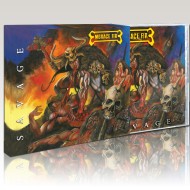 EMBRACE FIRE - Savage SLIPCASE CD
One of the top bands of the second wave of Greece's true metal scene. They did this killer album in the mid 00's and then disappeared. Long awaited re..
13.99€
Add to Cart
Add to Wish List
Buy Now Question
We use cookies and other similar technologies to improve your browsing experience and the functionality of our site. Privacy Policy.