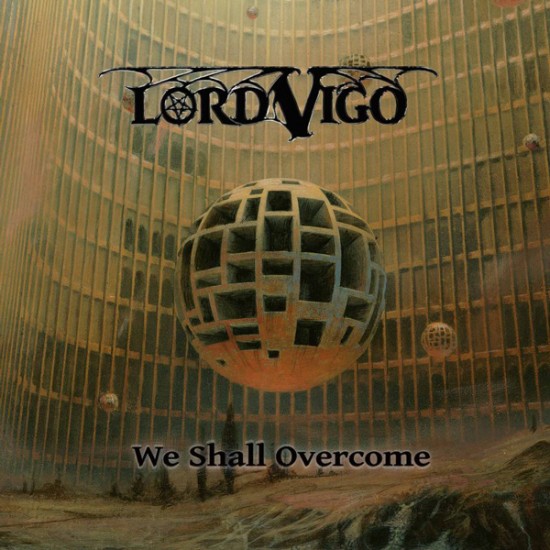 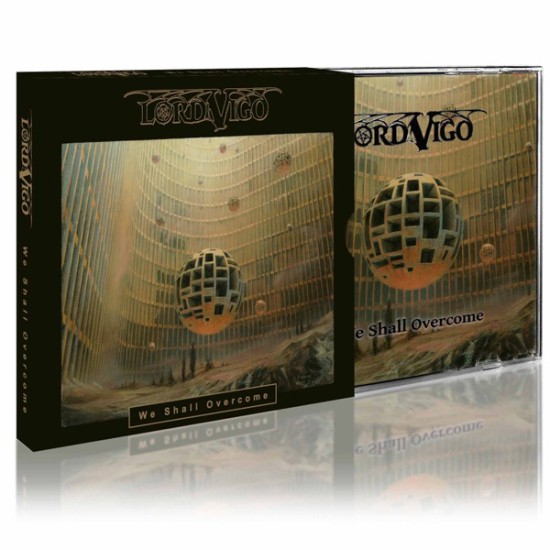 Heavy stuff indeed. And although the main story is based on science fiction, or social fiction rather, it’s frighteningly close to reality. Once more, according to Vinz, the band handled (nearly) everything on "We Shall Overcome" on their own: “We did everything ourselves, the recording and also the mixing. Only the mastering was done by someone outside the band, namely Patrick Engel. I am of the opinion that mastering is a work better left to experts with a lot of experience, and a fresh pair of ears. If you work too long on your own music, then sooner of later you will lose your objectivity. And this is something utterly important for the mastering process. The mix itself took over five months. However, this was due to the fact that we are no full-time musicians or engineers. So we just have a few hours per day in which we can be creative. I am of the opinion though that even if you are not a professional engineer, you can achieve similar results – it just takes a bit longer. On the other hand, no professional engineer would spend so much time on the mixing of a single record and pay attention to the smallest details. So there are pros and cons for our approach. The recordings themselves were done at different times between the end of 2021 and the end of 2022.”
So did the band change anything on purpose regarding the production side of "We Shall Overcome" in comparison to its predecessor "Danse De Noir"? “Not that I would have known,” reflects Vinz. “Regarding the drum recordings and the mix I experimented a bit with a few effects, ‘gated’ and ‘reverse reverb’. These are old techniques from the eighties that do not sound too modern but rather timeless. Just think of the drum intro to ‘Headless Cross’ by Black Sabbath for examample. Drums like canons, larger than life, so to say … I think that’s really cool, little details that listeners would not discover listening to the album the first time around. It’s our aim to sound different than all the other bands. I am of the opinion that you need to be daring and experiment a lot, pushing the envelope, and this holds true for the production and the sound as well. Nowadays you have so many possibilities, so why should your record sound like Judas Priest in 1984?”
As mentioned before, "We Shall Overcome" is Lord Vigo’s fifth full-length album and it’s quite evident that they have never rested on their laurels artistically. “I think so too,” finds Vinz. “When we started out, we had this general concept in mind but everything was rather rough and not very well thought out. However, this doesn’t necessarily mean it’s inferior. Just different. Going back to the early days our sound has constantly evolved. In the beginning it was more like epic doom, nowadays I would describe our style as futuristic epic metal, with strong influences from the eighties. I personally admire bands that are willing to progress, like Voivod or Rush. Maybe it takes a little while to find your own individual style. The best album is always the album only you can write – everything else already exists.”
Melancholic, progressive and futuristic, these are some adjectives describing the overall atmosphere on "We Shall Overcome". “I don’t beg to differ,” is what Lord Vigo’s singer and drummer says. “We are influenced by film noire. "We Shall Overcome" and also "Danse De Noir" are both dystopian in nature, dark and rather bleak, but with a glimmer of hope. We have included a few more progressive elements this time around, although calling it prog rock would be a step too far. I would love to continue using prog elements though. Who knows what the next album will bring? The futuristic elements will remain for the next record, that’s for certain. What comes after that, once the trilogy is finished, we will have to see.
For us the focus is on the music. It only matters what comes out of the speakers. There was a life for all of us outside classic heavy metal. I think this shows more and more on our respective records, from the debut to "We Shall Overcome". Influences from 80s new wave or prog rock are melted together with classic steel. Ultravox meets Manowar meets The Cure.
Apart from the accentuated use of different keyboard sounds, the bass playing on "We Shall Overcome" is very much prominent. In parts it even sounds a bit “funky”, think Primus or "Presto"-era Rush ... “Primus and Rush!,” beams Vinz. These are two bands that I truly admire, and for whom the bass playing is very much essential to their overall sound. In general it’s rather sad to listen to productions where the bass is only good enough to provide some low end for the guitars in the final mix. Bass playing links rhythm and melody – and this combination is not used all that often. For example, if you listen to old Metallica records, even prior to "And Justice For All", the bass is pretty much inaudible. And this seems to have become today’s standard. It’s such a waste of potential. We try to take this opportunity, not least because of the fact that this is a simple means to make your own production stand out from a lot of contemporary records.“
MATTHIAS MADER
TRACK LISTING:
1. Blessed Are The Meek
2. The Heart Of Eternal Night
3. Natural Habitat
4. Since The Sun Was Young
5. From Our Ashes We Will Rise
6. Journey To Eternity
7. We Shall Overcome
8. A Gathering Of Clouds
9. A Necessary Evil
10. 1986 - Book 1
11. A New Dark Age 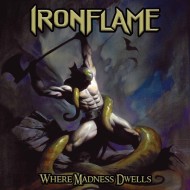 New
Only 4 left
IRONFLAME - Where Madness Dwells SLIPCASE CD
For Ohio-based Andrew D'Cagna there is jut no rest! The multi-instrumentalist has been playing in more than half a dozen different bands over the year..
14.99€
Add to Cart
Add to Wish List
Buy Now Question
Quickview 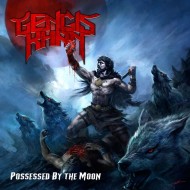 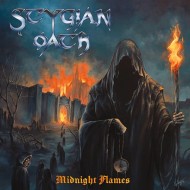 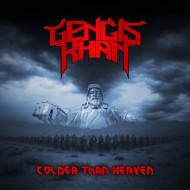 GENGIS KHAN - Colder Than Heaven CD
Italian Heavy Metal in the Teutonic style! Limited to 300 digipack copies.TRACK LISTING:1. No Surrender2. Colder Than Heaven3. He's The King4. Reinven..
13.99€
Add to Cart
Add to Wish List
Buy Now Question
We use cookies and other similar technologies to improve your browsing experience and the functionality of our site. Privacy Policy.