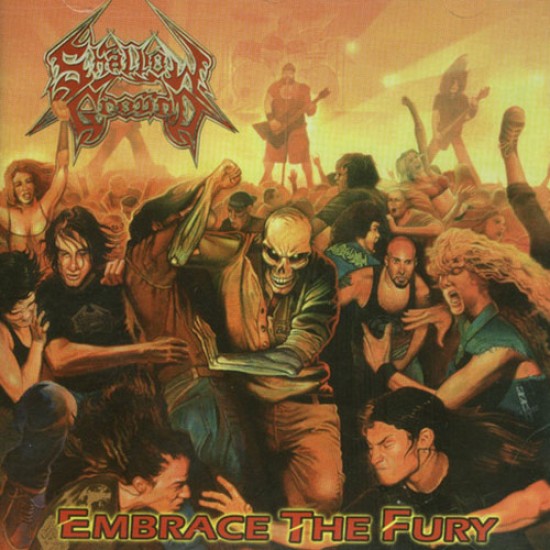 Noticeable many young Thrash bands emulating old heroes like VENOM or HELLHAMMER. This sounds very often like musicians in a junk room with bad guitar soli and poor vocals. The newcomers often forget that in the early 80ies of the last millennium the style was initially discovered or the bands were not able to play better.

SHALLOW GROUND do not have jump on the bandwagon. The American band shows on both albums well-done Thrash, technically and musically fine with great songs. They can be queued among many established acts without drawing concrete comparisons between them to easily. The interspersed harmonies and having the knack for skilful arrangements let the nearly sixty minutes pass without having any boredom at all. SHALLOW GROUND rivet and waking the desire for more! “Embrace the fury” has fantasic songs like “Khan”, “Once again” or “Class warfare”. 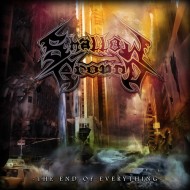 -18 %
SHALLOW GROUND - The End Of Everything CD
TRACK LISTING: 1. Shallow Ground 2. Death And Destruction 3. The Black Rose 4. End Of Everything 5. Whence They Came 6. Before The Dawn 7. Rebi..
8.99€ 10.99€
Add to Cart
Add to Wish List
Buy Now Question
We use cookies and other similar technologies to improve your browsing experience and the functionality of our site. Privacy Policy.