AMKEN - Theater Of The Absurd CD 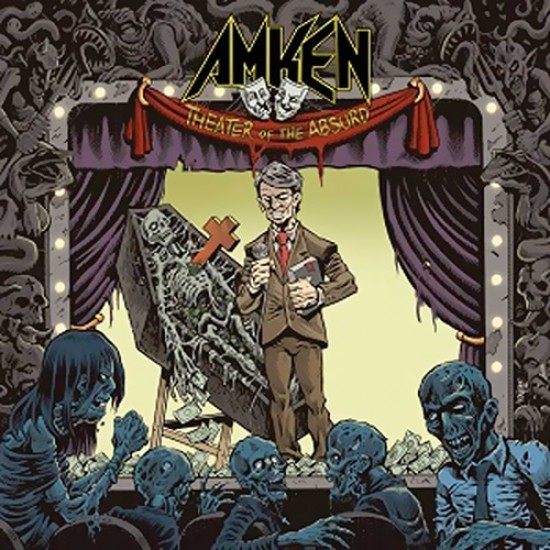 AMKEN - Theater Of The Absurd CD

"Theater Of The Absurd" is the first full-length album release of the young Greek thrashers AMKEN. After releasing a split CD with MAZE OF TERROR in 2015, AMKEN appeared on stages around Greece and Europe, and played with acts such as SODOM, SUICIDAL ANGELS, SKULL FIST and SIX FEET UNDER. "Theater Of The Absurd" is the perfect example of pure Thrash Metal rooted in the '80s, performed with youthful power and passion.

Recommended for fans of SLAYER, early-METALLICA, SEPULTURA and KREATOR.