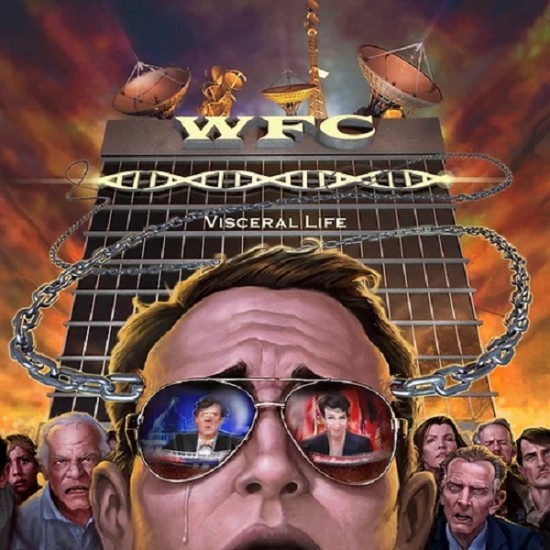 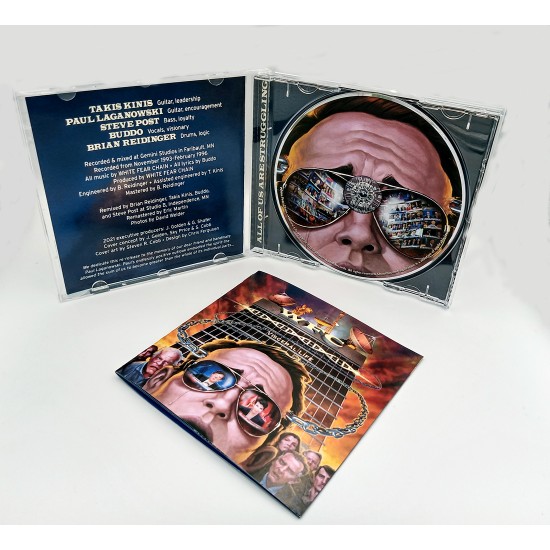 The band would release a 3-song demo in 1994 and in 1996 they would self-release their debut “The Visceral Life”. The release would see limited distribution. This combined with the blurred lines and apprehensive acceptance between heavy metal, alternative rock or what was referred to as “alt-metal” lead to limited visibility for the release. The irony here was that in a decade that saw such a revolution of change on popular music and was so inclusive was often anything but that. As a truly progressive band, in many ways, WHITE FEAR CHAIN would never have the chance to find their audience and the band fell into obscurity, becoming one of the hidden gems of the 90s.

“WHITE FEAR CHAIN embodies a rare balancing act; marrying the power of metal, the grooves of bluesy hard rock, and the poetic, introspective lyricism of literature; illuminating those dark, quiet spaces found within us all, to forge a singular dialect, distinctly apart from the well-trodden lexicon of rock’s too often monosyllabic tomes embracing alcoholic excess, mindless carnal conquests, and “yet another party...” Set upon the unpredictable chord progressions, harmonic structures, and seamlessly shifting time signatures,”

An album that seemed ahead of its time yet was a product of its time is still fresh and relevant sounding today and is being reintroduced to a new audience. 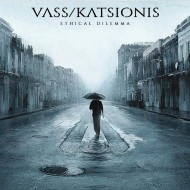 Only 4 left
VASS/KATSIONIS - Ethical Dilemma DigiCD
This album is the collaboration between singer Billy Vass, musician/producer Bob Katsionis and Telis Kafkas on bass, all "veterans" of the Greek Metal..
12.99€
Add to Cart
Add to Wish List
Buy Now Question
Quickview 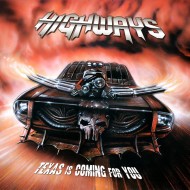 HIGHWAYS - Texas Is Coming For You CD (US IMPORT!)
NWOTHM, an international collaboration, spanning members on 4 continents, worshiping on the altar of 80’s US Power Metal. For fans of early METAL CHUR..
14.99€
Add to Cart
Add to Wish List
Buy Now Question
Quickview 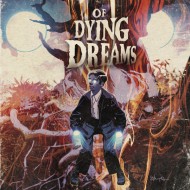 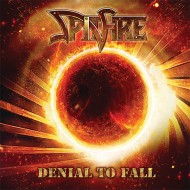 Only 1 left
SPITFIRE - Denial To Fall CD
Formed in 1984, SPITFIRE is the most legendary heavy metal band of Greece. The debut album "First Attack" (released by EMI in 1987) stands at the top ..
12.99€
Add to Cart
Add to Wish List
Buy Now Question
Quickview 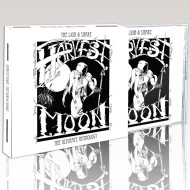