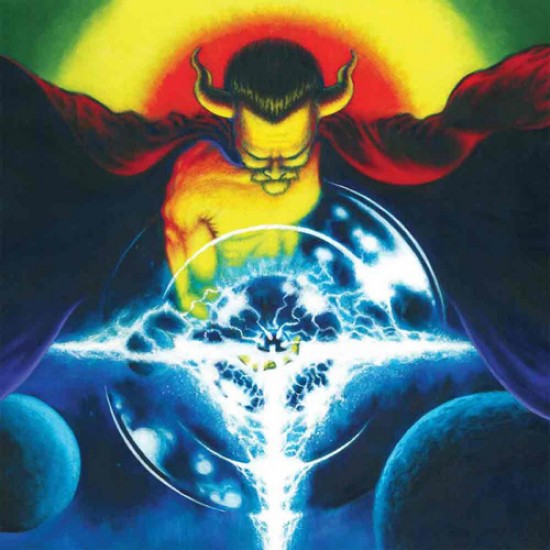 “One of the best newcomers in years” – Deaf Forever

MAUSOLEUM GATE’s 2014 self-titled debut album was not as much of a revelation as it was a reminder of how vintage metal should be played. Bucking virtually every modern production trend, the Finns greeted audiences with a warm analog production sound, flanked by the star-gazing vocals of V-P Varpula and the classy twin guitar action of Count LaFey and Kasperi Puranen. Critical and fan acclaim soon followed, along with key festival appearances at Keep It True and Muskelrock, with many hailing MAUSOLEUM GATE as one of the most exciting new retro metal bands on the scene.

Three years removed from their debut, the Finns return with the six-song “Into a Dark Divinity”, which is set for a September 8 release via Cruz Del Sur Music. Capitalizing on the self-titled debut’s majestic sound, MAUSOLEUM GATE harnesses the keyboard-dominated bravado of classic DEEP PURPLE and RAINBOW and blends it with the proto metal visions of MANILLA ROAD and early IRON MAIDEN.

With an increased emphasis on Hammond C3 organ and keyboard interplay (courtesy of bass player Wicked Ischianus), songs such as “Condemned To Darkness” and the lurking “Apophis” augment the high-wire vocals of Varpula, who has further established himself as one of the most distinctive vocalists in traditional metal. The melody-driven “Solomon’s Key” and NWOBHM-inspired “Horns” recall an era where actual songwriting would make or break a band. The graceful closing title track also offers up a new angle from MAUSOLEUM GATE, showcasing lush textures and atmospheric acoustic guitar work.

A must-have for any and all traditional metal aficionados, “Into a Dark Divinity” proves MAUSOLEUM GATE are one of the scene’s best new true metal torchbearers. Singular, alluring and able to captivate audiences of all varieties, MAUSOLEUM GATE represent a new front in authentic vintage metal. Sophomore slump be damned - MAUSOLEUM GATE are the real deal.