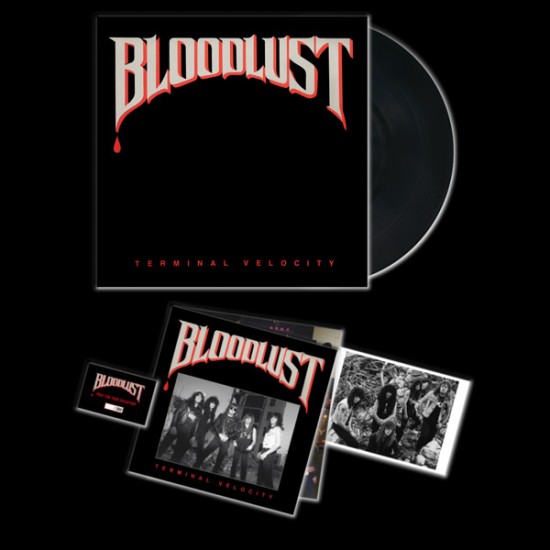 Official release date: November 8th, 2021.
Another glorious chapter on our label! It is with great pleasure that we bring you the long-awaited vinyl reissues of BLOODLUST's cult albums: "Guilty As Sin", originally released in 1986, and "Terminal Velocity", originally released in 1988.
BLOODLUST don't need big introductions. They are one of the bands of the Golden Age of Californian Metal, recognized for their fast and furious playing style and that, without a doubt, represent a constant influence for the new wave of bands that are appearing.
This reissue of "Terminal Velocity" will bring the original 4 tracks, plus 5 unreleased tracks taken from the 1987 demo and two 2005 versions of "Guilty As Sin" and "Too Scared To Tun" tracks. A brand new mastering conducted by Bart Gabriel (Skol Records / Iron Oxide Records) for best audio experience!
Limited to 200 numbered copies in black vinyl, this deluxe edition includes:
- 8-page booklet with liner notes, lyrics, rare photos/clippings
- Band promo photo
- Hand-numbered certificate card
TRACK LISTING:
Side A:
1. Terminal Velocity
2. City Of The Forgotten
3. C.T.R. (Sunday's Liar)
4. Semper Fi / Guilty As Sin
Side B:
1. Guilty As Sin (Rough Demo 1987)
2. Trapped In The Void (Rough Demo 1987)
3. C.T.R. (Rough Demo 1987)
4. Guilty As Sin (2005 Version)
5. Too Scared To Run (2005 Version) 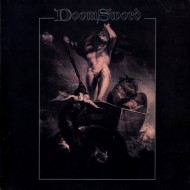 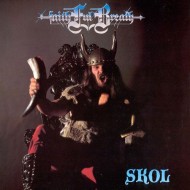 FAITHFUL BREATH - Skol Vinyl LP
Text by HIGH ROLLER records website:Comes with:- Poster- Insert- A5 photo card.Make sure you grab your copies, which you can order in 3 different vers..
18.99€
Add to Cart
Add to Wish List
Buy Now Question
We use cookies and other similar technologies to improve your browsing experience and the functionality of our site. Privacy Policy.