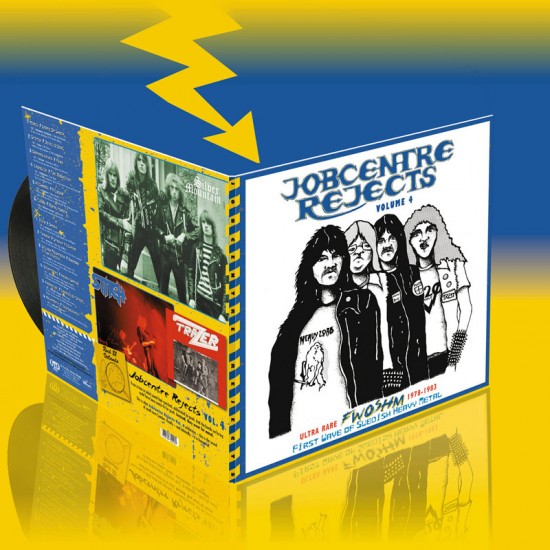 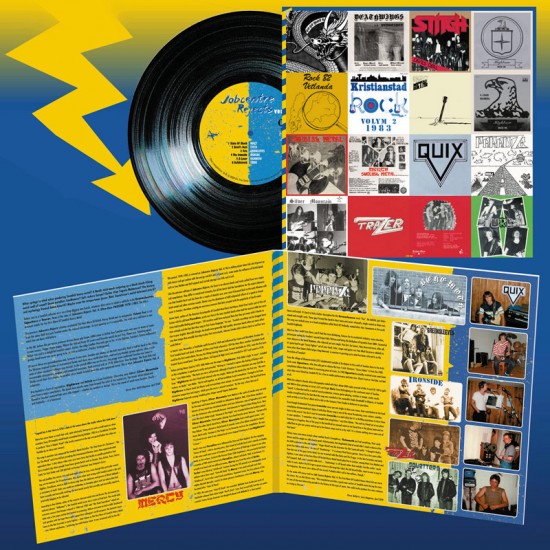 The sound of small-town Sweden - finally, and belatedly, it is honoured.
- A Nuggets, Pebbles or Killed By Death-styled Jobcentre Rejects-volume with focus on the highly vital and influentual Swedish scene 1978-1983 – The First Wave Of Swedish Heavy Metal.
- Will appeal to metal-freaks, punkrockers, garage-addicts, powerpoppers and DIY-afficionados
- Twelve tracks culled from hard to find and highly collectable vinyl singles and albums.
- Carefully restored and remastered sound.
- Extensive liner notes by Kieron Tyler (Mojo Magazine) & Pierre Hellqvist (Sonic Magazine)
- Deluxe gatefold sleeve
- Illustrated with photos from bandmembers’ private photoalbums.
What springs to mind when pondering Swedish heavy metal? A Nordic mish-mash conjuring up a black-death-Viking metal wall of sound? Doom metallers Candlemass? Soft rockers Europe? Guitar titan Yngwie Malmsteen? The history and mythology fixated Amon Amarth? Maybe even the tempestuous jazzer Mats Gustafsson’s metal-informed attack?
Unless you’re a Swedish collector or a very deep-digging non-Swede, whatever does come to mind is unlikely to be Greensleeves, Squetters or Trazer, three of the stars of Jobcentre Rejects Vol. 4: Ultra-Rare FWOSHM 1978-1983. The title’s acronym stands for the First Wave Of Swedish Heavy Metal.
The previous Jobcentre Rejects volumes scrutinised The New Wave Of British Heavy Metal and its marginalia. Volume four is cut from the same cloth but puts Sweden under the musical microscope. As eye-opening as it is enjoyable, the vital story told here is one which has not been told before.
In the UK, before the pervasive producer-driven dance-pop boom, ABBA came to define how Swedish music was seen in terms of mainstream success. Poppy. Hyper-poppy. Where the stylised Army Of Lovers and Roxette would do just fine, thank you. Standing apart, Robyn was and is a delightful Swedish export. Earlier, the edgy Leather Nun only got so far. In the Eighties, Sweden’s Sixties-informed garage band boom was never going to be as cool as California’s Paisley Underground.
Of course these are generalisations and, however it was seen, Sweden was always on the ball musically. Rock ’n roll hit hard in the Fifties, The Shadows inspired hordes of instrumental bands and there were world-class beat, mod and psychedelic groups aplenty. Also, a rich seam of often wonderful schlager-pop thrived. In the period ABBA was on the rise, the progg scene confirmed Sweden was home to innumerable idiosyncratic, original and wonderful musicians. Punk arrived and, in 1978, Ebba Grön, New Bondage, The Rude Kids and Skabb issued their first singles. In parallel, other bands headed down the path signposted metal. This is what Jobcentre Rejects Vol. 4 celebrates.
Also lauded is a form of regionalism. Highbrow and Stitch were from Stockholm. Otherwise, only Malmö’s Silver Mountain were from a major conurbation. The bands here mostly came from beyond the orbit of the capitol city. The trends which ebbed and flowed in Sweden’s national hub were side-stepped - whether by accident or design. This is the sound of small-town Sweden. Finally - and belatedly - it is honoured.
Kieron Tyler, Mojo Magazine, April 2020
TRACK LISTING:
Side A:
1. Mercy - State Of Shock
2. Stitch - Devil's Deal
3. Greensleeves - Fire
4. Ironside - The Ironside
5. Highbrow - A Loser
6. Turbo - Asfaltsrock
Side B:
1. Quix - Speed
2. Trazer - Street Fighter
3. Silver Mountain - Axeman & The Virgin
4. Squetters - Heavy Water
5. Paradize - Caress Of Steel
6. Behemoth - Deathwings
Based on 0 reviews. - Write a review
25.99€
Price in reward points: 260
On The Dole
Add to Cart
Buy Now Question
Add to Wish List
Quickview 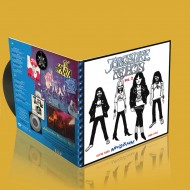 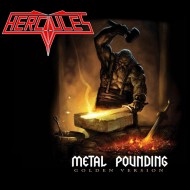 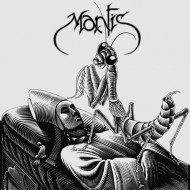