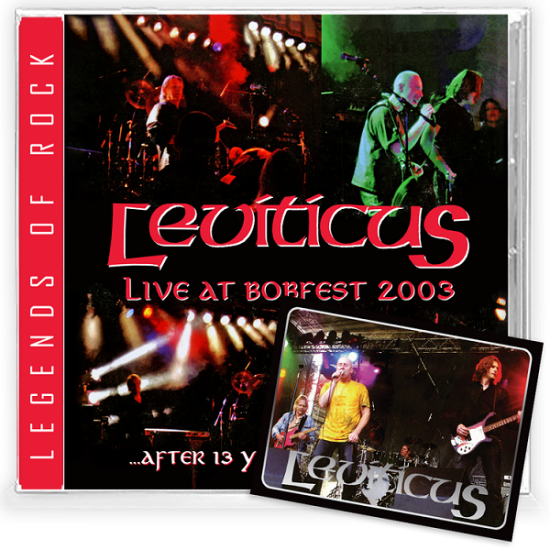 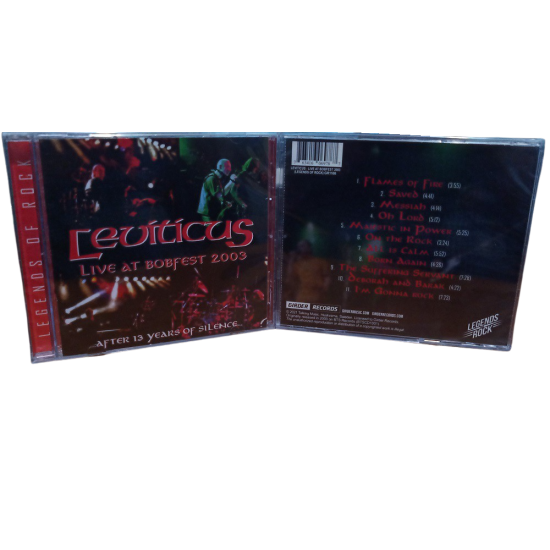 Leviticus could sure school the current generation of metal fans a few things, starting with the longevity that goes hand in hand with creating quality art that has stood the test of time.  Leviticus interweaved a foundation of melodic metal with tendencies towards power metal with I Shall Conquer, The Strongest Power and Setting Fire to the Earth along with some brilliant AOR moments with Knights of Heaven, thanks to John and Dino Elefante, to only be topped off with one of the best live performances ever (yeah, I just said that) Live at BobFest, which has none of what we all hated about live albums. More on that later.

The band’s first EP was released in 1982, called "Sta och titta pa", with all lyrics in Swedish and later in 1983 Jag Skall Segra!, which Google translates as "I'll Win". I'm not sure how accurate Google translations are because in 1983 Leviticus released an English version of that album titled I Shall Conquer (1984), which was most of America's first experience of the band. It'll also might help you understand why many of the lyrics didn't rhyme. I remember shaking my head as a 15-year-old confused as to why musically it sounded so good but the lyrics felt a bit out of place. Upon reflection, we understand all these years later that the album was written in Swedish and then transposed to English later on.  In any case, the album is raw, unpolished, and sometimes uneven, but I love the unpretentious sound and feel of it. The album has a dynamic range that extends from mid-tempo rockers to an almost peaceful, Pink Floyd kind of style on some songs. The vocals by original singer/bassist Håkan Andersson really make this a work of art. Loaded with keyboards and guitars yet somehow not too flashy. It's a solid mid-tempo hard rocker, but the real show-stoppers are the quieter, more reflective tracks "Psalm 23" and "All Is Calm". Both build to a crescendo in a grandeur way. If you haven't experienced Leviticus before, start here with I Shall Conquer.

Based on 0 reviews. - Write a review
18.99€
Price in reward points: 190
Girder
Add to Cart
Buy Now Question
Add to Wish List
We use cookies and other similar technologies to improve your browsing experience and the functionality of our site. Privacy Policy.