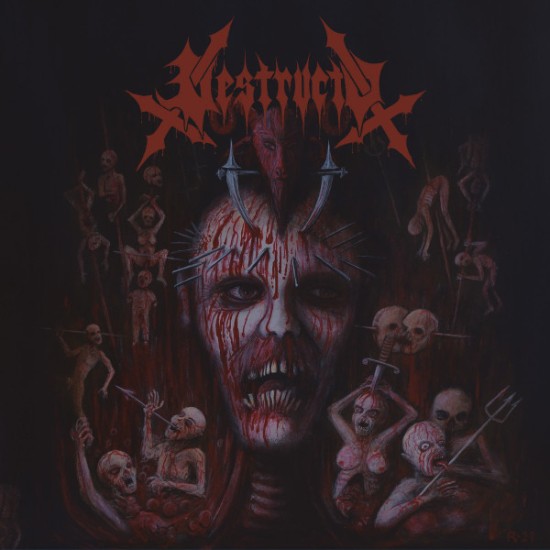 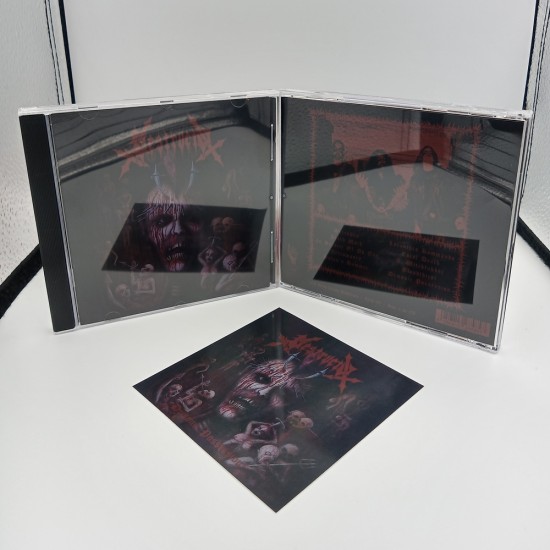 The sound, attitude, and execution of DESTRUCTO is similar to the band’s moniker: destructive, merciless and total fukk-off-driven! Formed in 2018 as a side-project between erstwhile Dödsrit and Nuclear Devastation bandmates Soulcrusher and Motörphallus as a tribute to bands like Sarcofago, Syphilitic Vaginas, and Japan’s Sabbat, DESTRUCTO delivered their debut demo in 2019 - 19 minutes of total & utter destruction!

In the meantime, insanity, blasphemy, narcotics, and intoxication all played their part in inspiring DESTRUCTO’s debut album, Demonic Possession. Here, the power-trio amplify those noble influences to a fever pitch while also bringing forward influences from Bathory, Hellhammer, and especially G.I.S.M. With ten songs spanning a skull-crushing 40 minutes, Demonic Possession is a wild fucking ride, even for those prepared to get on in the first place. Cacophonic screams, primitive riffs, bulldozing bass, and berserking D-beats all collide with vocals which approximate a gnarling demon on strict diet of whiskey and amphetamines, making the album best to be enjoyed with...whiskey and amphetamines! Put another way, DESTRUCTO make an even stronger case for being the bastard child of raw and chaotic first-wave black metal blended with an unhealthy dose of ‘80s speed/thrash metal mania, Motörcharged riffs & rock ‘n’ roll grooves that creates the Devil’s Rock ‘n’ Roll!

Armed with production that’s slicing and slimy in equal measure and an overwhelming sense of danger both in songwriting and especially execution, the question remains: can you handle DESTRUCTO’s Demonic Possession? ARGHHH!!