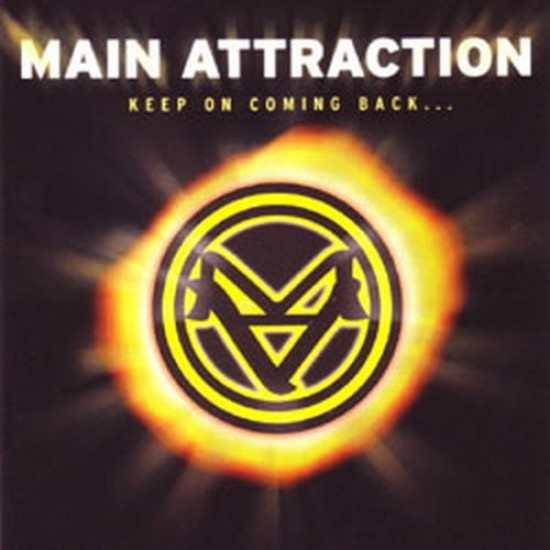 -40 %
MAIN ATTRACTION - Keep On Coming Back CD
Main Attraction is the brainchild of former On The Rise member Paul Bennech Lyngboe. Paul released the O.T.R album with Terje Eide in 2003 and got great reviews from the press.That album was one of the strongest AOR albums that year.

Main Attraction has a sound that reminds of On The Rise with touches of Return (V) and Von Groove,some of the songs are slighty tougher and guitardriven that remind of the Canadian rockers Von Groove.Paul has managed to come up with a strong album with great variation and mixed some straight ahead AOR-rockers with mid-tempo songs with layers of melodies.

The production is also crystal clear and the whole album is sounding very good,the start of the album is just brilliant with the rockers ''Calm Before The Storm'', ''Remember'' and ''Until You''.It's splendid AOR/Rock we're talking about with great guitars and catchy hooklines with strong vocals and harmonies. AOR / melodic metal hounds, this disc's for ya!

Based on 0 reviews. - Write a review
5.99€
9.99€
Price in reward points: 60
MTM
Add to Cart
Buy Now Question
Add to Wish List
We use cookies and other similar technologies to improve your browsing experience and the functionality of our site. Privacy Policy.