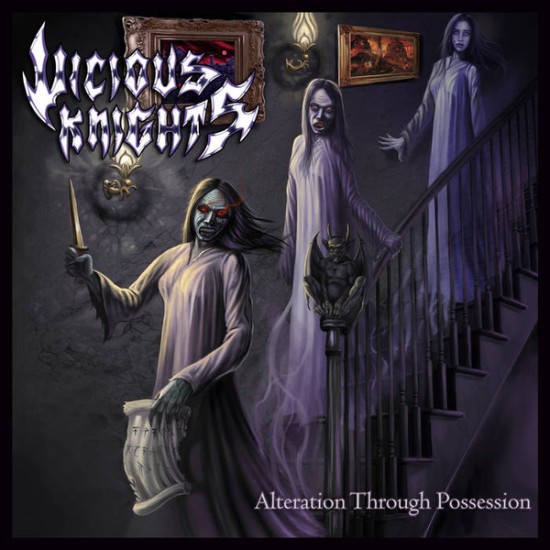 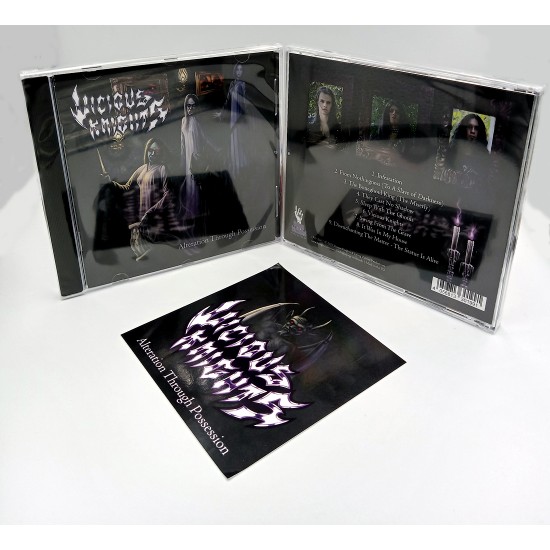 VICIOUS KNIGHTS is an old-school death/thrash metal band, screaming from Thessaloniki, Greece. The band was formed in 2016 by Antonis "Harvester" (guitars/vocals) and Liakos (drums). Panos (bass guitar) entered the band a few months later. This three-piece of total maniacs self-released their first EP Malevolent Spirits on CD in 2018 and then reissued it in 2020 through the World War Now label. The band had many gigs in Greece presenting their first release and some of their newer material, making a great impact on the underground scene.

Now, armed with the support of DYING VICTIMS, VICIOUS KNIGHTS return to destroy the world with their first full-length, Alteration Through Possession! Curiously yet tellingly titled, Alteration Through Possession indeed transforms the listener…once that listener is ensnared in the power-trio’s iron grip! Like a trip back to 1987, VICIOUS KNIGHTS live up to their moniker by invoking the old spirits of early Kreator, Destruction, Possessed, and Sepultura, combining more devotedly horror-specific lyrics with absolutely ass-ripping DEATHRASH. They go beyond the gates to inflict eternal pain, their infernal overkill bestowing morbid visions upon those who still believe in razor-wire riffing, snarling-evil vokills, and straightforward drum-propulsion - and of course, actual songwriting. Simple, sure, but sublime: Alteration Through Possession is a pleasure to kill!

TRACK LISTING:
1. Infestation
2. From Nothingness (To A Slave Of Darkness)
3. The Boneghoul King (The Miserly)
4. They Cast No Shadow
5. Sleep With The Ghouls
6. Vicious Knights
7. Swing From The Grave
8. It Was In My House
9. Di  senchanting The Matter - The Statue Is Alive