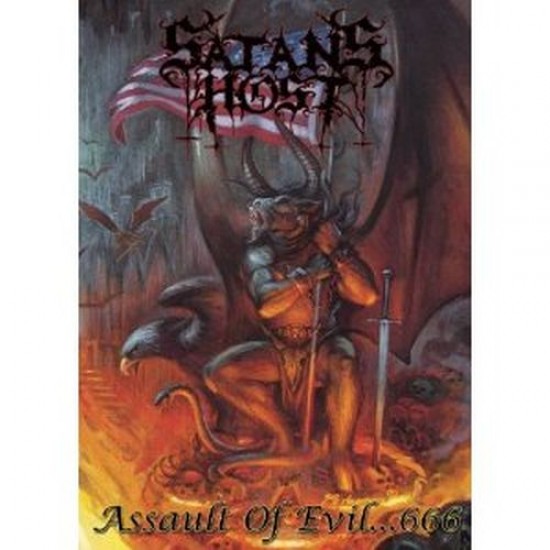 The first official DVD from Satanic Thrash Metal legends Satan's Host in their illustrious 33+ year career. Filmed on their 2008 US Tour supporting The Great American Scapegoat 666. It uncovers the most unique ritualistic sets ever captured on film. A Hellfire of bonus features include 3 music videos, 5 ''bootleg'' shows, studio, rehearsal, backstage and ritual footage, photo gallery, discography and more totalling over 4 hours of Metal from Hell.

Based on 0 reviews. - Write a review
9.99€
11.99€
Price in reward points: 100
Moribund
Add to Cart
Buy Now Question
Add to Wish List
We use cookies and other similar technologies to improve your browsing experience and the functionality of our site. Privacy Policy.