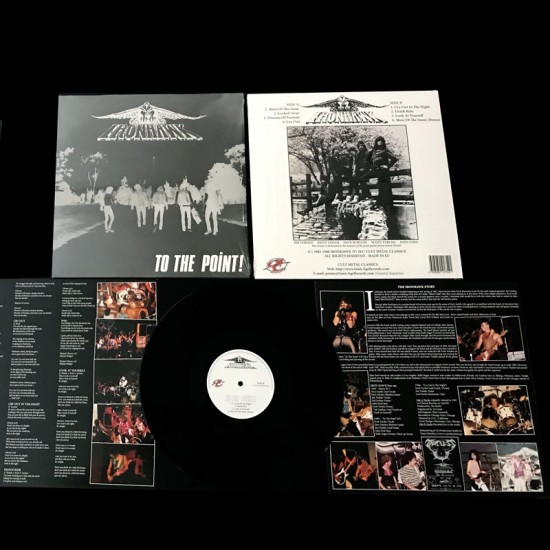 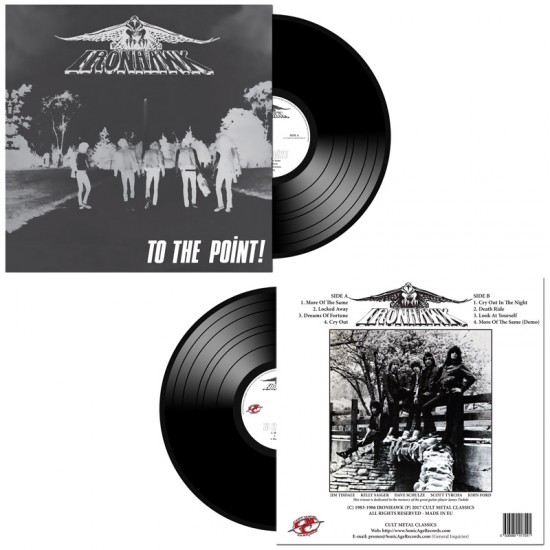 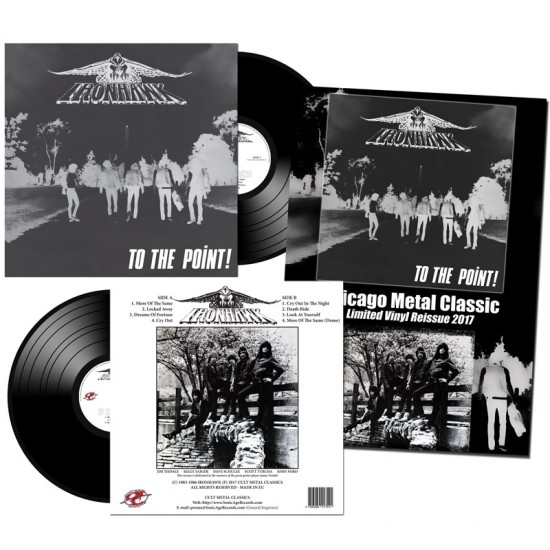 IRONHAWK - To The Point! Black Vinyl LP
*ONLY for orders through our online store.*
First 25 copies of this black vinyl version, will get a special hand-numbered A2 size IRONHAWK poster.

Cult Metal Classics is proud to present you another cult metal gem, which until now was hidden in the dust of ages. Chicago's heavy metal band IRONHAWK, is mainly known among heavy metal fans, because of their "hit" song "More Of The Same", which is included in the legendary 1983 EP "To The Point". Well, the time has come for this EP to be reissued on vinyl format, remastered, in a special limited edition, which will also contain 4 bonus tracks that were restored professionally from old tapes! At last, all tracks that IRONHAWK ever recorded, are included in one release, which also contains tons of photos from the golden 80s, story of the band and lyrics. IRONHAWK's music is the perfect combination between US Metal and NWOBHM. If you haven't listened to the band's music so far, we are sure that since you first hit the play button, you will realise how classic these songs are meant to be! And that they are meant to be played LOUD!!!
The release is dedicated to the memory of the sadly missed guitar player of the band, James Tisdale.
TRACK LISTING:
Side A:
1. More Of The Same 04:09
2. Locked Away 05:41
3. Dreams Of Fortune 04:35
4. Cry Out 03:48 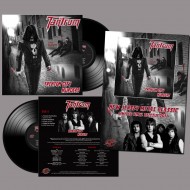 TANTRUM - Trenton City Murders Black Vinyl LP
*ONLY for orders through our online store.*First 25 copies of this black vinyl version, will get a special A2 size TANTRUM poster.TANTRUM from New Jer..
10.99€
Add to Cart
Add to Wish List
Buy Now Question
Quickview 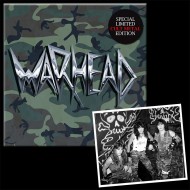 Only 3 left
WARHEAD - Warhead CD
*ONLY for orders through our online store.*First 50 copies of this CD, will get a special WARHEAD promo picture.Limited to 500 copies!WARHEAD's only o..
14.99€
Add to Cart
Add to Wish List
Buy Now Question
Quickview 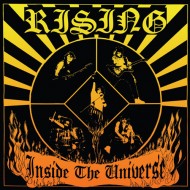 RISING - Inside The Universe CD
Hailing from Sweden, RISING had been one of the most cult 80's bands, having released one highly collectable 7'' single back in 1982 on the legendary ..
12.99€
Add to Cart
Add to Wish List
Buy Now Question
Quickview 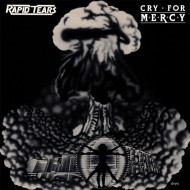 RAPID TEARS - Cry For Mercy CD
Hailing from Ontario, Canada, RAPID TEARS are one of the oldest Canadian metal bands and one of the most highly acclaimed ones and need no introductio..
14.99€
Add to Cart
Add to Wish List
Buy Now Question
Quickview

VALHALLA - Ultimate Anthology 84-86 CD
*ONLY for orders through our online store.*First 50 copies of this CD, will get a special VALHALLA promo picture.Limited to 500 copies!VALHALLA is the..
15.99€
Add to Cart
Add to Wish List
Buy Now Question