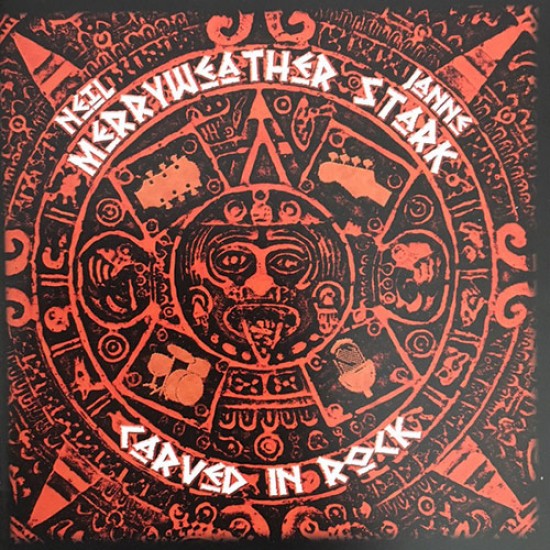 It all started in 2014, when Janne Stark (Overdrive, Mountain of Power, Constancia, Llocomotive Breath etc) was recording his third Mountain of Power album “Volume Three”. He decided to merge the two songs “Kryptonite” and “Give It Everything We Got” by Neil Merryweather. Janne got in touch with Neil, asking if he thought it was ok. It ended with Neil singing two tracks on the album (not his own songs, though).

This then sparked further collaboration and Janne sent Neil a track he had written. It didn’t take more than a few days before Neil had written vocal melodies and words for the song. This was “Babylon Sin City” and now things just started rolling. Janne went to visit Neil at his home and studio in Las Vegas and the two hit it off great! More songs were written, both by Janne and Neil, and they started talking about doing an album together. The drums on the album are handled by Janne’s long time companion (even from back in the late 80s and Overheat, later in Locomotive Breath and also on the Mountain of Power albums) Peter “TrumPeter” Svensson.

The band was picked up by GMR Records in 2017 and the digital debut single "Freedom To Love" was released on Nov 24. The album, "Carved In Rock" was released on CD and digital on January 26, 2018 followed by a double vinyl release.

Based on 0 reviews. - Write a review
10.99€
Price in reward points: 110
GMR Music
Add to Cart
Buy Now Question
Add to Wish List
We use cookies and other similar technologies to improve your browsing experience and the functionality of our site. Privacy Policy.