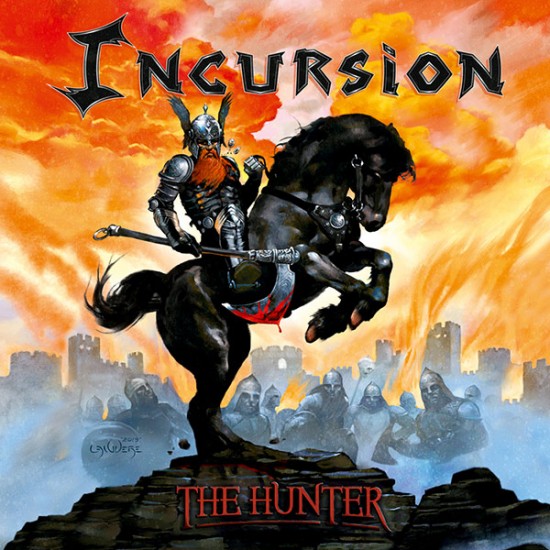 Resurrected from the depths of the '80s, recommended for fans of JAG PANZER, RAVEN, IRON MAIDEN and RIOT CITY.

Incursion has reunited and burst onto the traditional Heavy Metal scene! The Miami, FL based band was active from 1982-1986 and did not have a formal release outside a locally produced cassette compilation of Florida hardcore and metal bands in 1985. In 2018 the three original members Maxx Havick and Micheal Lashinsky on guitars with Buddy Norris on drums got back together with the intent of finally performing and recording their wealth of material. The line-up was completed by Stone Jamess on bass and Steve Samson on lead vocals recording "The Hunter" concept EP.

The Hunter - born in a war-torn land and destined to fight for survival since birth - faced all adversaries, man and beast alike. He mastered his inner demons through faith, battle and revenge. The Hunter's blade led him through chaos to his final struggle with the false king. In his quest to become the King of All the Land, The Hunter's journey is ageless, but almost forgotten.

"The Hunter" was recorded at Alpaca Ranch Recording by Chris Short (Alestorm) and it was mixed by Jorg Uken at Soundlodge Studios (Anvil, Savage Blood, Powergame). The artwork was created by famed artist Phil Lawvere (Celtic Frost, Kreator, Hirax).

TRACKLISTING:
1. The Hunter: Prologue
2. Warrior Of Destruction
3. Guiding Faith
4. Fade To Black
5. Kingdom Of The Dead
6. The Hunter : King Of All The Land

Only 3 left
INCURSION - The Hunter Black Vinyl LP
Text by NO REMORSE website:Limited edition of 400 copies on black vinyl.Resurrected from the depths of the '80s, recommended for fans of JAG PANZER, R..
18.99€
Add to Cart
Add to Wish List
Buy Now Question
Quickview

Only 1 left
SPELL - Opulent Decay CD
“Music, like dreams, exists in feeling rather than explanation. In sleep, the strangest things can elicit joy or terror — this is why dreams are so di..
13.99€
Add to Cart
Add to Wish List
Buy Now Question
Quickview

Only 3 left
SPELL - For None And All CD
As any true devotee will recognise, the creation of heavy metal that genuinely chills the blood and raises the goosebumps is about more than carefully..
13.99€
Add to Cart
Add to Wish List
Buy Now Question
Quickview 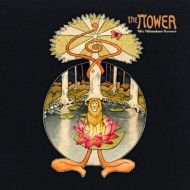 Only 3 left
THE TOWER - Hic Abundant Leones CD
“It was back in 1938 that the brothers Erik and August and their friend Viktor migrated south. They left the small village in the northern forests whe..
11.99€
Add to Cart
Add to Wish List
Buy Now Question
We use cookies and other similar technologies to improve your browsing experience and the functionality of our site. Privacy Policy.