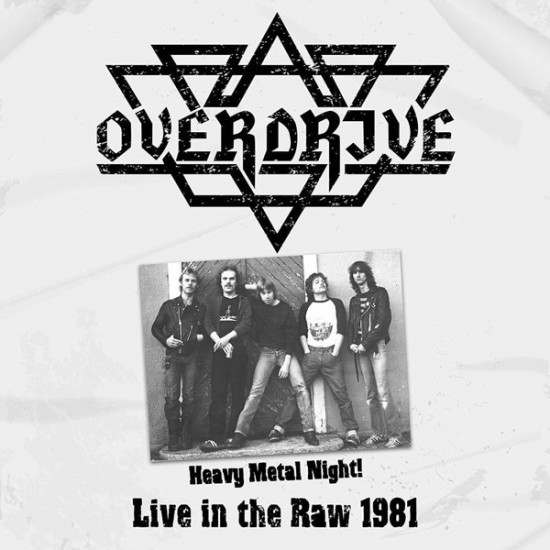 Text by Metal Archives:
Formed in August 1980, combining members from local bands Paradize (recorded one 7" in '80) and Ocean (recorded two 7"'s in '78 & '80 and an album in '81) and split in 1985. They started as a covers band, playing songs by Riot V and Def Leppard.
Before the split in '85, they recorded a rehearsal demo of at least 6 songs (without vocals) written for for what they planned would be their next release, "Motorized Maniaxe." This recording is included on the 2018 Hellion Records CD reissue of "Swords and Axes."
Reunited in 1997 and recorded five tracks, later released on Mission Of Destruction - Live.
Reunited again for the 2003 Rockslaget Festival in Karlshamn.
In November 2019, Janne Stark announced that 2020 would be Overdrive's last year of existance.
Compilation appearances:
- "Damnation Angel" and "Tonight" on Rockslaget (SOS, 1982)
- "Mission of Destruction" on Banzai Axe (Banzai, 1985)
TRACKLISTING:
Side A
1. Today's World
2. Rock And Roll Hangover
3. Hard Rocking Man
4. Sign On The Line
5. 20th Century
Side B
1. Lost In Time
2. Ladies Man
3. Doomwatch
4. Sympathize
Based on 0 reviews. - Write a review
19.99€
Price in reward points: 2000
Private
Add to Cart
Buy Now Question
Add to Wish List
Quickview 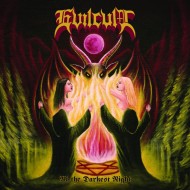 Only 4 left
EVILCULT - At The Darkest Night Black Vinyl LP
Text from Diabolic Might Records website:The darkest night has come. In the middle of a fire and blood ritual, Evilcult releases his debut album, the ..
19.99€
Add to Cart
Add to Wish List
Buy Now Question
Quickview