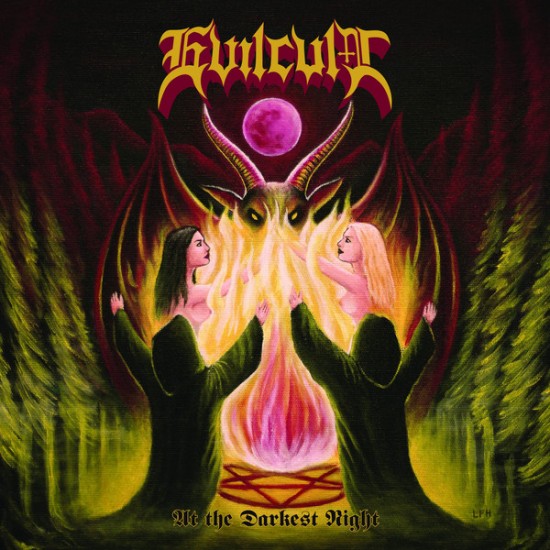 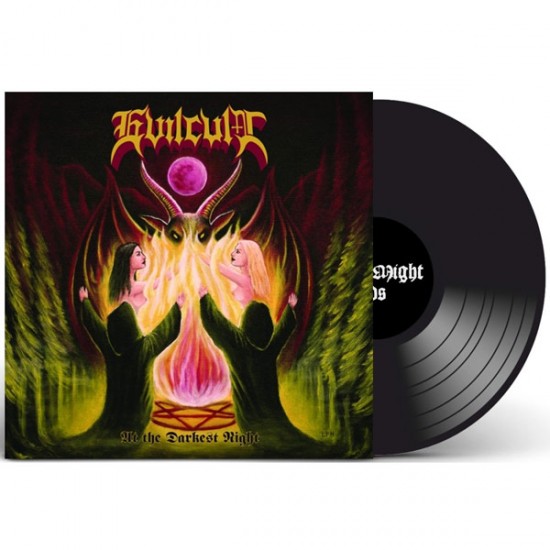 The darkest night has come. In the middle of a fire and blood ritual, Evilcult releases his debut album, the most powerful and ambitious material released so far. Wrapped in magic, alcohol and Metal cult, "At the Darkest Night" brings all the aura of ancient and glorious times, but with a revitalizing and promising touch. Seeking references in the most traditional aspects of metal, the band forged their sound by mixing a lot of speed, heavy and rawness, with ambience, atmosphere, melody and feeling. It is difficult to classify their music at the first audition, but imagine a perfect mix between classic Speed ​​metal, first wave of Black Metal and teutonic Thrash Metal, all this with certain touches of traditional Heavy Metal.

Focused on recording a high level material, no effort, time and dedication were spared to extract the desired timbres and not just sound like another metal band with plasticized and boring production. Everything was thought and worked to bring the nostalgia and the power of old recordings, with valves, pedals, microphones, and feeling, where what mattered was to sound true and authentic, before all following a pattern of sonority and falling into sameness.

The lyrics are varied and cover the spectrum of blasphemy, the occult, perversion, fiction and Heavy Metal cult.

TRACKLISTING:
Side A
1. Drunk By Goat's Blood
2. Sons Of Hellfire
3. Nocturnal Attack
4. Eternal Cult Of Darkness
Side B:
1. Burning Leather
2. Army Of The Dead
3.Unholy Knights
4.Necro Magic