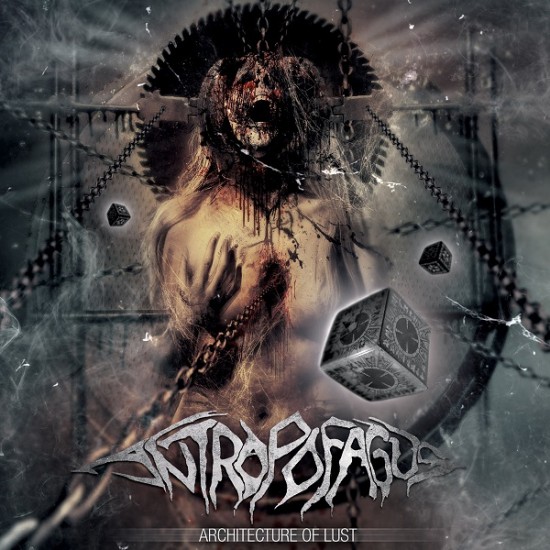 ANTROPOFAGUS - Architecture Of Lust CD
Antropofagus were born in January 1996 but only in April 1998 did they become a full-fledged band with the founders Argento (vocals) and Void (bass) who recruited Meatgrinder (guitars) and Rigel (drums, already with the death band Detestor). In 1999 they took part with two songs in the brutal compilation "Neurocollapse" together with prominent names of underground brutal death metal such as "Deeds Of Flesh" and "Sepsism". A few months later, in December 1999, they released their first album "No waste of flesh" on Beyond Productions label which sees the band struggling with a brutal death of clear American inspiration with Cannibal Corpse and Suffocationas points of reference, but showing an innate attitude to massacre and rottenness, also thanks to the perverse lyrics of the maniac splatter gore Argento. Also present in this album is the cover of the Slayer classic "Necrophobic" which Antropofagus make even more brutal by inserting grind drum patterns and growl vocals. This platter will then be considered a must for every brutal gore maniac and will be reissued with silver artwork by Beyond Prod. Over time, the group is left in two and releases in 2002 the mcd "Alive is good… Dead is better" recorded with the help of a drum machine. Currently the band is preparing some new material, but the commitments of the singer Argento with the black metal band Spite Extreme Wing make the compositional process slow and difficult.

Based on 0 reviews. - Write a review
6.99€
Price in reward points: 70
Comatose Music
Add to Cart
Buy Now Question
Add to Wish List
We use cookies and other similar technologies to improve your browsing experience and the functionality of our site. Privacy Policy.