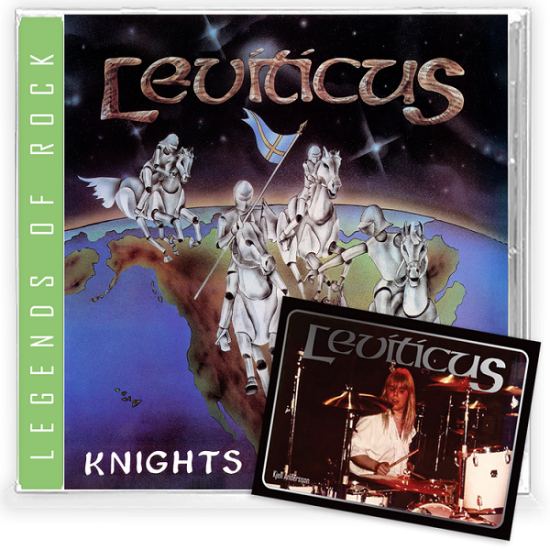 Leviticus could sure school the current generation of metal fans a few things, starting with the longevity that goes hand in hand with creating quality art that has stood the test of time. Leviticus interweaved a foundation of melodic metal with tendencies towards power metal with I Shall Conquer, The Strongest Power and Setting Fire to the Earth along with some brilliant AOR moments with Knights of Heaven, thanks to John and Dino Elefante, to only be topped off with one of the best live performances ever (yeah, I just said that) Live at BobFest, which has none of what we all hated about live albums. More on that later.

In 1989, Leviticus released their fourth album Knights of Heaven (1989), which was the band’s fourth release (unless you count their Swedish debut Jag Skull) and was produced by John and Dino Elefante and exhibits a AOR rock sound remarkably like Petra, The Brave, Guardian and other Pakaderm bands. It received great reviews in a lot of magazines worldwide. The Swedish newspaper, "Goteborgs-Posten" wrote "Leviticus takes the top position in Swedish hardrock, together with Europe." 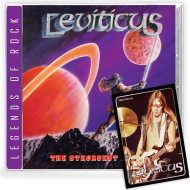 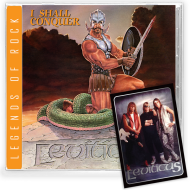 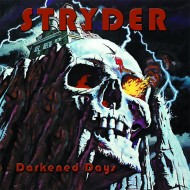 New
STRYDER - Darkened Days CD
Limited Press to 600 cds. There will be no re-press, once they are gone, they are gone.Formed in Dublin, Ireland, Stryder were together as band from 1..
13.99€
Add to Cart
Add to Wish List
Buy Now Question
We use cookies and other similar technologies to improve your browsing experience and the functionality of our site. Privacy Policy.