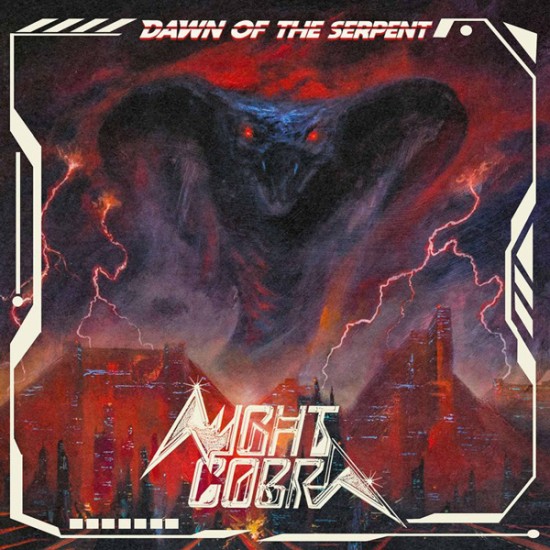 Night Cobra are a relatively new metal band from Houston in Texas, consisting of Christian Larson (vocals), Brandon Barger (guitar), Bill Fool (guitar), Trevi Biles (bass) and Cheech (drums). Singer Christian Larson sheds some light on the early days of the group: “We have spent the last couple of years working on the band’s sound and artistic style. We really wanted to have everything dialed in before we started playing and released any music. Last year we were gearing up to release the EP in the spring before Covid hit but with no urgency we spent a little extra time getting it the way we wanted. After that we spend the last eight months writing and recording the new record.”

Mentioned EP was called »Praise Of The Shadow«. “We released it ourselves and the the first pressing of the tapes sold out the first day,” Christian proudly states. “After that we decided to press on vinyl and the first pressing sold out in a couple days. We were thrilled with the response!”

This led to a contract with High Roller Records and the resulting full-length album »Dawn Of The Serpent«. None of the EP tracks ended up on the album. “With music being digitally released everyone has had a chance to hear the songs already or can find them easily online,” is Christian's explanation. “We didn’t see any point in rehashing the past. Also I do think we progressed in our song writing and style.”

So this is why »Dawn Of The Serpent« features nine brand new compositions, of which the singer says: “At the very core it's heavy metal, but there is a lot of different influences that make it not just your basic heavy metal record. Punk, darkwave, thrash, curious to see what people hear in it...” He continues: “It's not a concept record but a lot of the songs are based on the dystopian future it looks like earth is headed for, and there is a lot of influence from Sci-Fi. The song 'Run The Blade' is inspired by the movie »Blade Runner«. I am happy with how the record turned out. I would say it's more about the songs as a collective than any one in particular, but a couple of standout ones are: 'The Serpent’s Kiss', 'In Mortal Danger' and 'Run The Blade'.”

Houston does have a long metal history, and today there is also a wealth of new talent, like according Christian Larson for example Malignant Altar, Oath Of Cruelty, Necrofier or Shapeless Power. He adds: “I would definitely say we have been influenced by DRI and Dead Horse. We are actually playing our first show back after Covid with Helstar. I have played with them many times with previous bands and they always kill it! Great people and great band.”

Listening to »Dawn Of The Serpent« one could get the impression that Night Cobra are a lot more European-sounding than their origin would suggest. In how far have European bands, and also the NWOBHM with groups like Angel Witch or Desolation Angels, been an influence on Night Cobra's sound? “Your ears don’t deceive you,” states Christian. “I would say a lot of the influence comes from European bands. Angel Witch is high up there on the influences along with Mercyful Fate and early Iron Maiden etc.”

TRACK LISTING:
1. Run The Blade
2. The Serpent's Kiss
3. Lost In Time
4. Black Venom Dreams
5. The Neuromancers Curse
6. For Those Who Walk The Night
7. In Mortal Danger
8. Acid Rain
9. Electric Rite 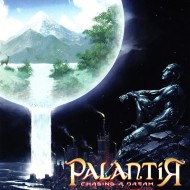 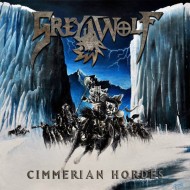 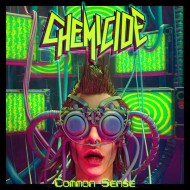 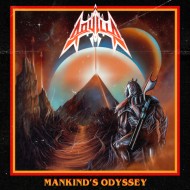 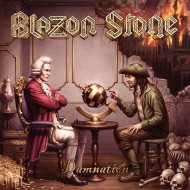 BLAZON STONE - Damnation CD (US IMPORT!)
Brand new album by the international pirate horde, led by Captain Ced, returning for a first time with a full line-up. From the opening intro through ..
14.99€
Add to Cart
Add to Wish List
Buy Now Question
We use cookies and other similar technologies to improve your browsing experience and the functionality of our site. Privacy Policy.