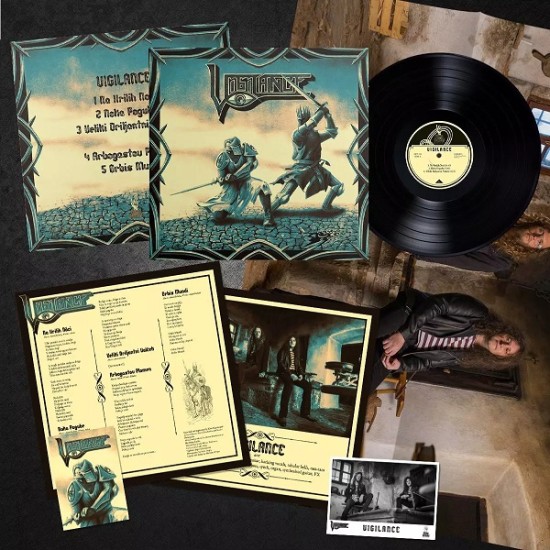 VIGILANCE - Vigilance Vinyl MLP
Born from the cavernous depths of Adelsberg, Slovenia’s VIGILANCE have been unleashing their own brand of heavy metal since Walpurgisnacht 2010. Inspired both by the harmonic arts of the original NWOBHM wave and the sepulchral elements of the first wave of black metal, VIGILANCE have steadily perfected their craft over the past decade-plus, possessing a unique crossover appeal to fans of early Iron Maiden and Mercyful Fate as equally as Venom and Bathory.
However, after years of taking that throwback sound to countless stages across Europe, it was VIGILANCE’s fourth album, Enter the Endless Abyss – released in 2019 by DYING VICTIMS to widespread acclaim – where the band had their breakout moment. Dark and dynamic but galloping gloriously with the eternal luminescence of HEAVY METAL might, Enter the Endless Abyss proved that VIGILANCE had truly nailed their subtly unique sound – and made it more compelling than ever.
And although some three years have passed since that pivotal record, VIGILANCE return with the same fire on the brand-new mini-album Vigilance. Across its five-song/26-minute duration, VIGILANCE’s self-titled salvo goes in an ever-epic direction, maximizing that (memorable) sonic storytelling they so compactly revealed on its full-length predecessor. Everything’s still head- and fistbangingly metal, arguably even more so here – the dual-guitar work is FIRE in the non-flashiest way – but there’s equally a sense of fantastical AOR ala classic-era Rainbow as the record progresses, hitting a heavenly high with nearly-seven-minute closer “Orbis Mundi.” And while VIGILANCE’s execution has never been doubted, on Vigilance do they loosen up a bit and let these more mysterious odes wind and wend with a suitably earthier feel. Put another way, take one look at that gorgeous cover artwork and you KNOW what you’re in for!
VIGILANCE have been aging like a fine wine, and have only grown more potent. Drink deeply of the concise cup that is Vigilance!
Available November 25th, 2022 (manufacturing delay).
TRACK LISTING:
Side A
1. Na Krilih Noči
2. Roka Pogube
3. Veliki Briljantni Valček
Side B
1. Arbogastov Plamen
2. Orbis Mundi 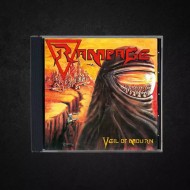 Pre-order
Only 4 left
RAMPAGE - Veil Of Mourn CD (Pre-Order)
While there have been many Rampages past and present, there was only one RAMPAGE from Australia – and a more cult band you will not find. Formed in 19..
13.99€
Add to Cart
Add to Wish List
Buy Now Question
Quickview 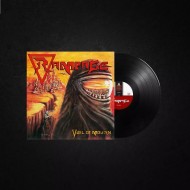 Pre-order
Only 2 left
RAMPAGE - Veil Of Mourn Black Vinyl LP (Pre-Order)
While there have been many Rampages past and present, there was only one RAMPAGE from Australia – and a more cult band you will not find. Formed in 19..
18.99€
Add to Cart
Add to Wish List
Buy Now Question